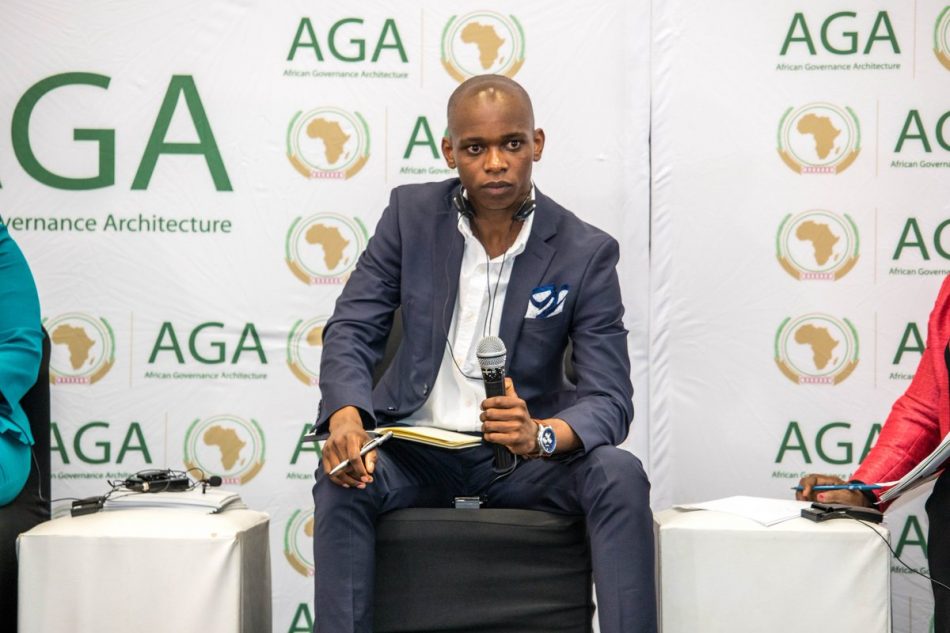 Lennon Monyae, a researcher at the African Peer Review Mechanism (APRM) is making waves on the African continent. An unlikely hero in the youth revoution, Lennon, a young man based in Johannesburg, South Africa has managed to ensure youths from across the continent can sit at the decision-making tables in their respective countries.

The African Union (AU) established the African Peer Review Mechanism (APRM) after the realisation that Africa will only move forward with the full actualisation of transformative leadership and practice on the continent. The APRM is a mutually agreed instrument voluntarily acceded to by AU member States as an African self-monitoring mechanism. It is often described as “Africa’s unique and innovative approach to governance” with the objective of improving governance dynamics at the local, national and continental levels.

It is no secret that Africa needs to invest in the youth if the continent is to leapfrog developmentally thus youths should be exposed to govenance issues as early as possible. This is the revolution that Lennon is at the centre of. This week he is hosting diplomats, Presidents and youths from across the continent to chart a way forward for youths in the governance space.

Through careful lobbying within the organisation he realised that everyone in the organisation agreed with him but there was no-one who was leading the change so by default he became the leader of the “Youth Governance Revolution”.

As a direct consequence of  his efforts APRM affiliated countries are ensuring that youths are included in the APRM process and have created local youth chapters that are promoting the ideals of democracy and development.

The APRM has embraced Lennon’s crusade and to date have held a successful Africa Month Youth Symposium at the University of Cape Town (UCT). The symposium was characterised by robust debates among the youths and development experts.

Hot off the heels of the UCT symposium, Lennon assisted by his colleagues and backed by APRM, has convened youths from more than 30 African countries in Ndjamena, Chad for the first International APRM Youth Symposium. Among the youths in attendance is Aya Chebbi, the African Youth Envoy for Youth and Edzai Zvobwo, the NEPAD Youth Champion for Agenda 2063.

The APRM will host its inaugural International Youth Symposium from the 1st to the 2nd of July 2019 in N’djamena, Chad. The symposium will be under the patronage of His Excellency Idriss Deby Itno, the President of Chad. The theme for the Ndjamena symposium will be “African youths as a driving force for good governance“. https://aprmyouth.org/

“The revolution for meaningful youth involvement in Africa is just starting and as APRM, we will tirelessly work with different stakeholders to achieve this mission”, said Lennon as he prepares for the Ndjamena symposium.