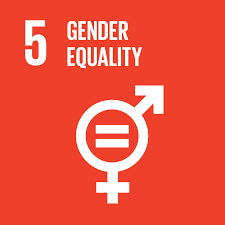 No country, out of 129 countries in five regions, has “fully achieved the promise of gender equality” — a target established by the United Nations’ Sustainable Development Goals (SDGs).

This is according to a report by civil society and private sector-led partnership Equal Measures 2030, which uses data to evaluate progress towards achieving the development goals, especially on issues relating to gender equality.

The report titled Harnessing the power of data for gender equality: Introducing the 2019 EM2030 SDG Gender Index was released on Tuesday.

The SDGs “are a universal call to action to end poverty, protect the planet and ensure that all people enjoy peace and prosperity,” according to the UN Development Programme’s (UNDP) website. There are 17 goals which build on the Millennium Development Goals and focus on a wide range of issues such as poverty alleviation, quality education, climate change, and reduced inequality.

The 17 goals came into effect in January 2016 and will continue to guide UNDP policy and funding until 2030.

The report measured the state of gender equality aligned to 14 of the 17 goals on issues ranging from gender-based violence, climate change to decent work and pay.

“Overall the index finds that the world is furthest behind on gender equality issues related to public finance and better gender data (SDG 17), climate change (SDG 13), gender equality in industry and innovation (SDG 9), and — worryingly — the standalone ‘gender equality’ goal,” the report reads.

The countries that made the top ten list are Denmark, Finland, Sweden, Norway, Netherlands, Slovenia, Germany, Canada, Ireland, and Australia.

This region scored 51.1 out of a 100 on the index and is the lowest ranking region out of the five regions measured.

While many countries in sub-Saharan countries performed well when it comes to the proportion of women in government; maternal mortality and access to drinking water and electricity remained persistent weak spots in the region.

South Africa achieved a score of 64.9 out of a 100 with the highest proportion of women who reported feeling unsafe walking at night. Brazil and Venezuela also had high rates of women reporting not feeling safe.

Although South Africa’s score is in the lower ranges when looking at all 129 countries, the country has the second highest score in the sub-Saharan region after Mauritius (73.1).