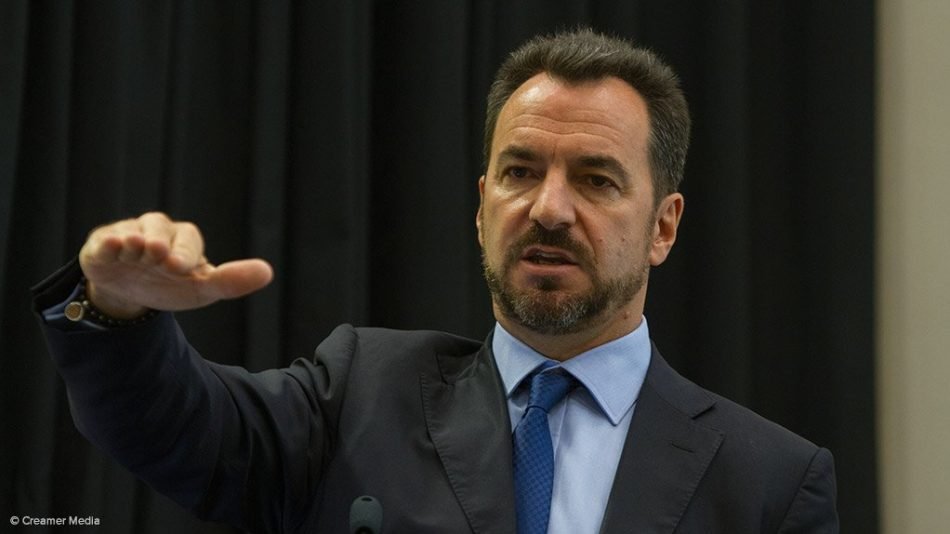 Writing for Project Syndicate, former Goldman Sachs CEO for Africa, Colin Coleman has expanded on his belief that Africa is the last frontier for global growth. He is convinced that if Africa sustains and accelerates structural reforms over the next half-century, some believe that the continent can emulate China’s rapid rise of the last 50 years. But success is far from guaranteed, even as the consequences of failure would be grave – and global.

Africa today accounts for around 17% of the world’s population, but only about 3% of global GDP. These statistics not only attest to a failure to tap the continent’s developmental potential, but also highlight the tremendous opportunities and risks ahead. As long as Africa continues to lag economically, it will be a source of global instability and extremism. But if it rises, it could be one of the major sources of growth for the world.

Africa is no stranger to suffering. The continent has been ravaged by slavers, plundered by colonizers, exploited by world powers during the Cold War, and ravaged by the post-colonial conflicts leaving a legacy of relentless volatility, horrific violence, and widespread poverty.

Consider the atrocities committed by King Leopold II of Belgium in the so-called Congo Free State (today the Democratic Republic of the Congo, DRC) in the late 1890s, as he looted the country’s ivory and rubber. As Adam Hochschild recounts in his book King Leopold’s Ghost, a young Edmund Morel, who witnessed Leopold’s plunder for profit, described the forced labor, “directed by the [king’s] closest associates,” as “terrible and continuous.”

Women were abducted and raped. Men were enslaved and worked to death. Resisters risked death, and their hands would be severed – while they were still alive – as proof of punishment. And with nobody left to cultivate or find food, millions suffered near-famine and died of diseases that they might have survived otherwise. “It must be bad enough to stumble upon a murder,” recalled Morel. “I had stumbled upon a secret society of murderers with a King for a croniman.”

Well over a century later, the DRC still struggles to maintain peace and stability, let alone secure growth and development. Indeed, all of Central Africa has suffered from seemingly unremitting conflicts – a dynamic that, since the end of the Cold War, “developed into an avalanche of killing and destruction,” as the regional analyst and advocate Kris Berwouts put it a decade ago. Approximately six million people died as a direct or indirect consequence of the two wars in the DRC – in 1996-1997 and 1998-2002 – which followed the brutal genocide in Rwanda.

Yet, in spite of this history, Africa has managed to make important gains in recent decades. In Sub-Saharan Africa, GDP growth has averaged 5% per year since 2000. For the entire continent, the rate is only slightly lower.

Moreover, according to a 2019 World Bank report, poverty in Africa (defined as income of less than $1.90 per day) declined from 54% in 1990 to just over 41% – affecting around 400 million people – in 2015. If the economy continues to grow at today’s rate through 2030, the continent’s poverty rate will decline to 23%. Given rates of poverty reduction elsewhere in the world, however, this would still represent a rising share of global poverty.

Africa has the potential to go much further. The world’s youngest and fastest-urbanizing continent, Africa will have 24 million more people, on average, living in its cities each year between 2015 and 2045 – more than India and China combined – according to a 2016 McKinsey & Company estimate.

Some of these opportunities lie in agriculture: if Africa, which possesses 60% of the world’s uncultivated arable land, intensified its agricultural productivity, it could produce 2-3 times more cereals and grains, with similar increases in horticulture crops and livestock. Other opportunities lie in infrastructure: as of 2010, Africa still needed at least $46 billion in additional spending each year to upgrade its energy, water, and transportation networks.

Of course, some valuable investment opportunities also involve Africa’s abundant natural resources, which include 10% of the world’s oil reserves, 40% of its gold, and 80% of its platinum. But the importance of such resources to Africa’s future prosperity shouldn’t be overestimated. According to a 2019 Goldman Sachs economic research report, commodities have accounted for only around 30% of Africa’s GDP growth since 2000.

In fact, the report concludes, the drivers of Africa’s “secular acceleration” appear to be “deep and structural.” This reflects success, which needs to be reinforced from now on by continuing to strengthen institutions, support political stability, promote democratization, enhance policy coordination, improve ease of doing business, reduce debt, open financial markets, attract foreign direct investment, facilitate technology transfers, and nurture human capital (such as through education and health care).

Some countries – particularly the smaller economies of East Africa – are already demonstrating how powerful such reforms can be. If the entire continent took this approach, sustaining and accelerating the needed reforms over the next half-century, some believe that Africa could emulate China’s rapid rise of the last 50 years.

But not everyone is optimistic about Africa’s ability to fulfill its promise. Some doubt that the continent will manage to overcome its legacy of slavery, colonialism, and great-power competition.

There are also concerns about the global economic landscape, especially trade tensions between the United States and China, and the attendant effects on growth and commodity prices. Much will hinge on the performance of Africa’s largest economies – Egypt, Nigeria, and South Africa – and progress on making the African Continental Free Trade Area a functioning regional economic bloc.

If Africa succeeds, it could lift millions of its own out of poverty, while serving as a stable and prosperous economic partner for the rest of the world. Otherwise, the continent will remain constrained by poverty, institutional lethargy, and corruption, which will feed instability, and possibly spill over to the rest of the world. Africa will soon to be home to one-fifth of the global population. The world would sleep easier if the continent could put itself on the road to growth and prosperity.

Colin Coleman, a former CEO for Goldman Sachs in Sub-Saharan Africa, is a senior fellow and lecturer at the Jackson Institute for Global Affairs, Yale University.