Is the world a better place than we think it is? This is a question worth asking. It is normal to think the world is horrible and getting worse by the day because of the negative news the broadcasters and politicians bombard us with. We have to arm ourselves with as much evidence as possible to fight off the naysayers who are discouraging us from fighting for humanity and the planet we live on.

The Bill and Melinda Gates Foundation (BMF) has taken it upon itself to be a guardian of the SDGs through tracking and measuring the world’s progress or lack of it towards achieving the objectives of Agenda 2030. The foundation is leading the crusade to measure and map out humanity’s development trajectory using data science and statistics. BMF is calling on all defenders of the universe, called Goalkeepers, to arm themselves with truth and facts so as to plan better for the good of humanity.

Goalkeepers are teachers, policy analysts, entrepreneurs, social activists, doctors and everyone else who is doing something in their sphere of influence to make this world a better place for us and generations to come.

Being an advocate for quality education for everyone in Africa, I was pleasantly surprised when I got an email from BMF offering me an opportunity to be a #GoalKeeper. My first instinct was to outrightly say, “I am no footballer, what do you require of me?” but I accepted the offer as I had seen the New York edition of the Goalkeepers conference on the sidelines of the United Nations General Assembly. I remember very well how Bill Gates emphatically delivered his message entitled, “Poverty is not inevitable”. His arguments were based on empirical evidence and he painted a clear picture of a world that was improving rapidly under our feet.

Having accepted the invitation to the Johannesburg leg of Goalkeepers, I immediately connected with as many fellows defenders of the universe who were billed to be part of this inaugural event on African soil. Through the TEDSF podcast, I managed to interview 20 different Goalkeepers and this gave me hope more than ever. The amazing initiatives they were embarking on were mind-blowing. Here are some of the Goalkeepers I interviewed:

The day for the GoalKeepers Summit came and great speakers graced the stage and encouraged us to continue pushing for sustainable human development guided by data. As the Goalkeepers, our mandate was clear, the goals have to be achieved and we are the guardians of the goals. We monitor them, track them and act to make sure the world doesn’t go astray.

The most important message was that even those who did not get the opportunity to be part of the gathering were also Goalkeepers in their own right. My highlight for the day was Graca Machel, she was energetic and left us challenged that we are the custodians of our destiny and we have to do what we think is impossible to save our generation and beyond.

When the speeches and presentations were done, it was now networking time. We were treated to great music, lots of food. As we were busy networking I got a box. This box is a treasure that I and other Goalkeepers got from Bill and Melinda Gates.

This post is now about me unboxing my present. Who gets to receive a hand-me-down book from Bill and Melinda? I did 🙂

I got a book and guess what, it was the entitled Factfulness by Hans Rosling, the famous statistician who made data visualization popular. 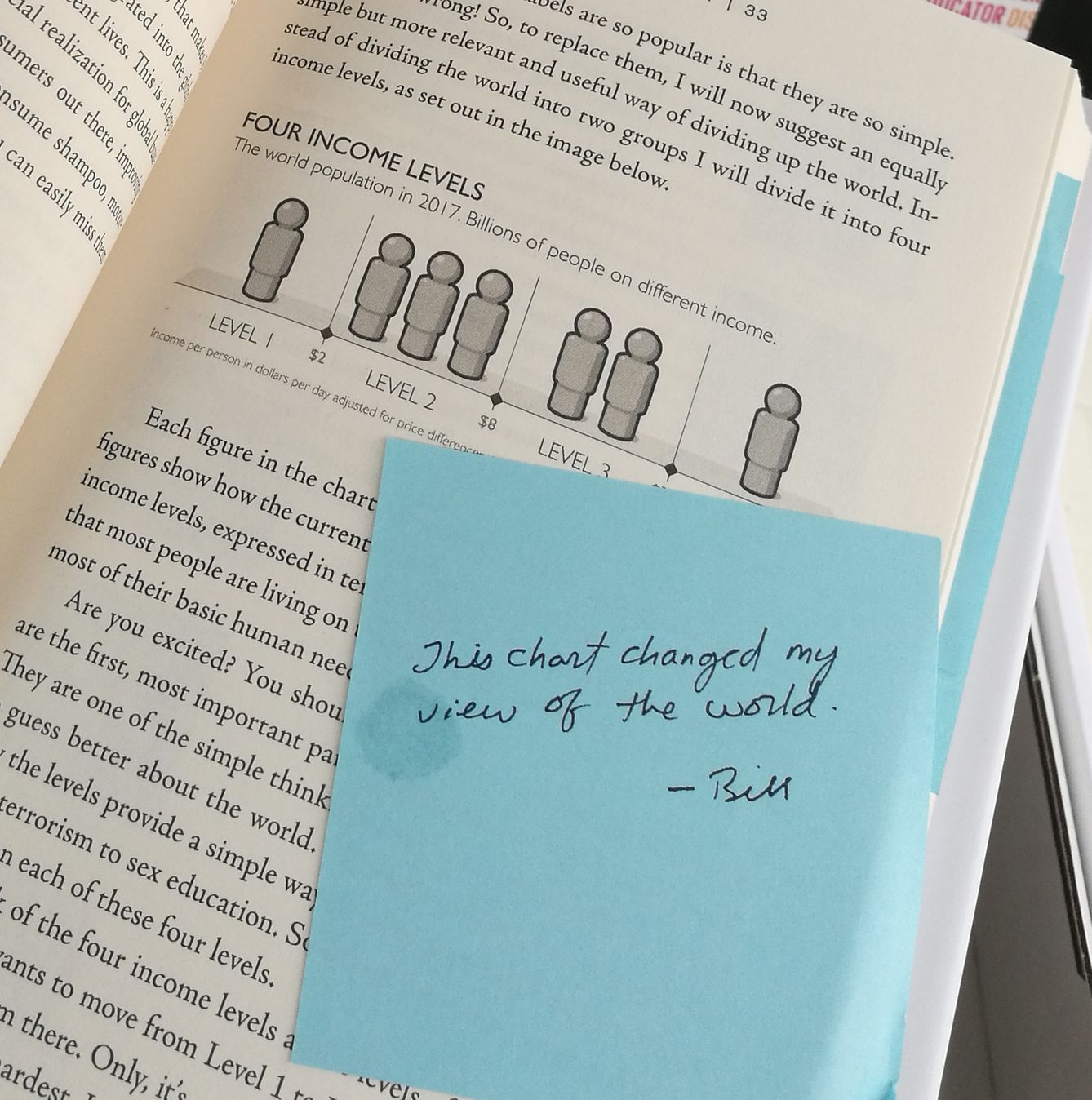 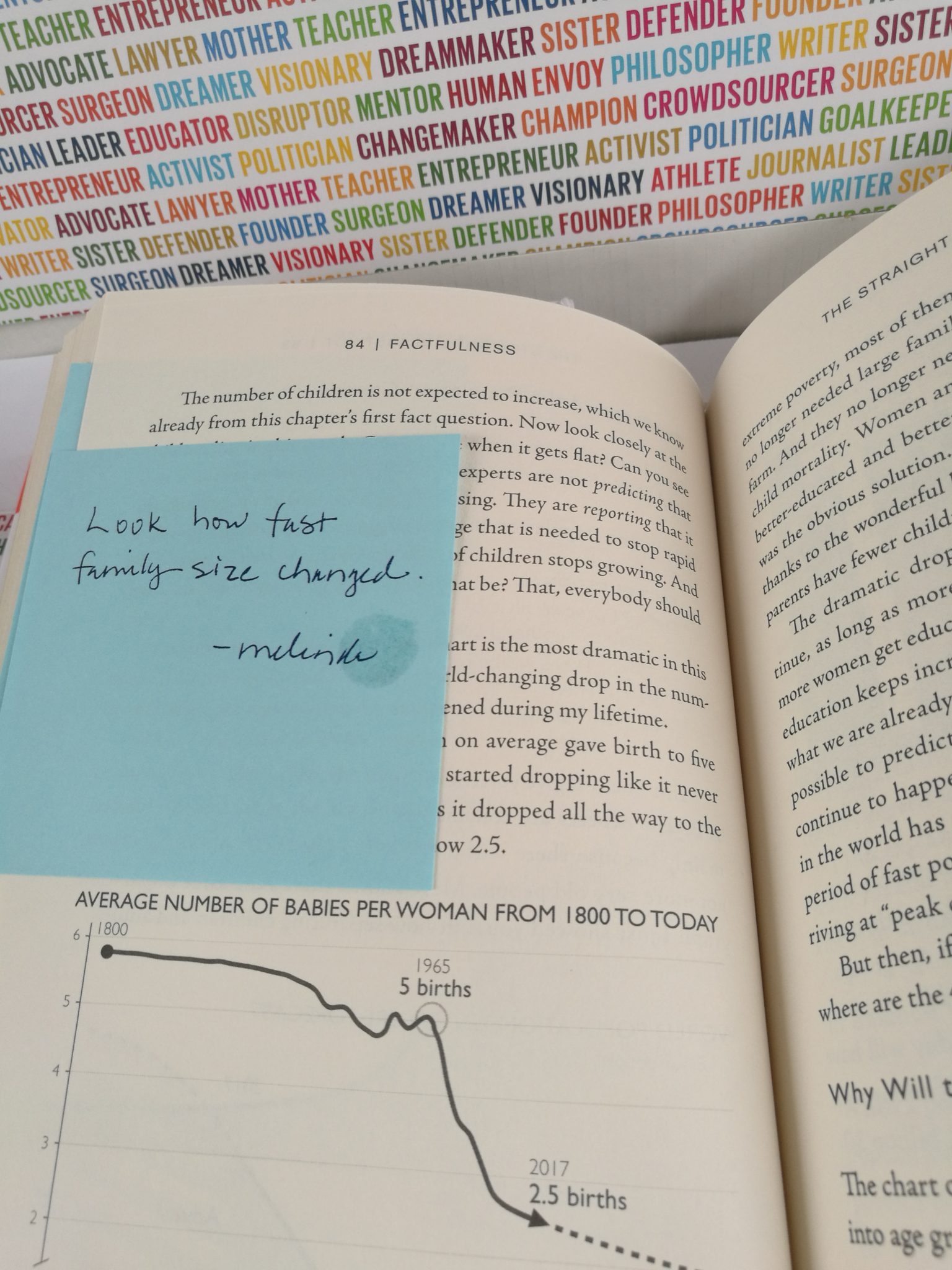