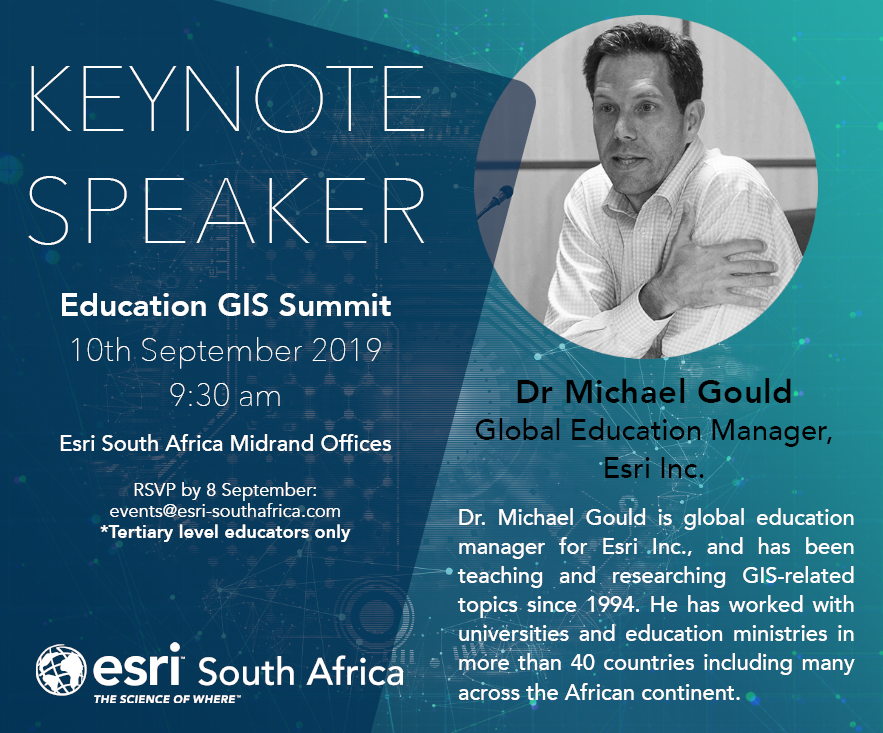 Promoting spatial literacy among students in all disciplines is one of the main goals of Esri’s Director of Higher Education. Dr. Michael Gould.

Gould devotes his energy and time towards supporting the implementation of GIS not only across academic departments but also as a tool for improving campus operations such as facilities management and green initiatives.

“When GIS is used for problem solving, a student analyzes data within its spatial context, which allows for more informed decision making,” said Gould. “GIS is used on campuses for teaching and research in traditional spatial disciplines, such as geography and planning, but there are also significant benefits from using geospatial technology in wider areas such as business and public health departments.”

Gould has many years of experience in teaching and research to Esri. He began his career after earning a Ph.D. in geography (GIS) from the National Center for Geographic Information and Analysis (NCGIA), University at Buffalo, New York. He served as an interdisciplinary professor of information systems and was a cocreator of an Erasmus Mundus-funded geospatial technologies master’s program at Universitat Jaume I, Castellón, Spain. Gould has been involved in creating spatial data infrastructures (SDI); researching standards-based interoperability with the Open Geospatial Consortium, Inc. (OGC), and developing geospatial Web services.

In addition to academic and research pursuits, Gould has worked as a GIS advisor to government agencies in the European Union (EU), businesses (including Esri and Microsoft), and nonprofit organizations. He is an active member of the Association of Geographic Information Laboratories in Europe (AGILE) and is a former chairperson of its management board. He has also served the Spanish government as an expert on a series of research projects with the EU including Infrastructure for Spatial Information in Europe (INSPIRE).

“Solving the problems of the twenty-first century requires a populace that’s adept at creating and using geospatial technology. Michael Gould is a thought leader in the international GIS community who will help foster the open sharing of information and new forms of cooperation and collaboration with the education community,” said Esri president Jack Dangermond.