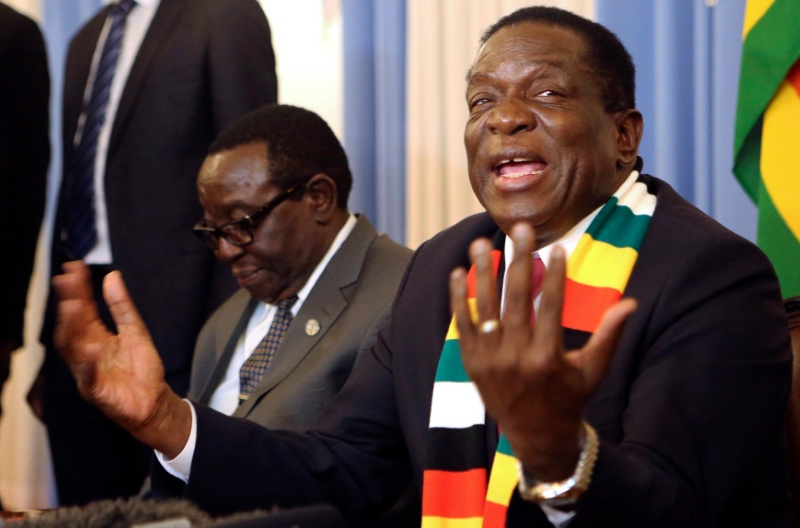 Behavioural economists and psychologists tell us that we have inherent biases that influence our actions. These experts tell us that we humans have some default behaviours as a result of our lived or perceived experiences. In alerting us to these behaviours, these experts have also lamented the difficulty associated with moving away from that which we believe is part of us.

Mnangagwa and his cronies have a problem of blaming. They are blamers. His government blames external and unseen forces for their mismanagement of the Zimbabwean economy. They blame Non Profit Organisations for their failure to repeal oppressive laws and create an environment conducive for the country’s populace to flourish. They blame the Zimbabwe Stock Exchange and mobile money systems  for currency issues. They blame the opposition for the unhappiness in the country.

In mathematics, it is a well-known that when one is adding 2+2+2+2 or multiplying 2×4 they are essentially doing the same thing and will arrive at the same destination. The only difference in the varying degree of efficiency. The bedrock for the infallibility of mathematics lies on the efficacy of its axioms. These self-evident truths are the guiding light for a subject that has been christened the queen of the sciences and permeates every facet of our lives.

So how does the truth presented by mathematics have a bearing on the fate of the Mnangagwa-misled economy?

The tiny-landlocked country has been condemned to the doldrums of economic prosperity as a result of its own self-defeating policies.

The Mnangagwa government is fast running out of entities to blame for their bad performance in office, they have almost exhausted the list of all perceived enemies of the state. From sanctions, to hawkers on the streets of Harare and Bulawayo to lately, the stock market and mobile money systems.

At the rate they going, they will be blaming their dogs and cats for the economic woes the country is experiencing. This is imaginable considering that the Reserve Bank Governor has blamed the country’s misfortunes or missteps on the devil and demons. He even summoned those self-proclaimed, “Men and Women of God”, to come and lay hands on him as part of some occult cleansing ceremony. Following his example, Mnangagwa even summoned the hungry nation to join him in his fast for a better Zimbabwe. Thank God the citizens of Zimbabwe rejected that heretic gesture by the wolves themselves. Citizens made sure Managagwa knew they were eating by posting videos and pictures of them having a rare feast. Kudos to the people of Zimbabwe for resisting the real devil’s call.

Professor of Economics at the University of Melbourne, Joshua Miller has researched the idea of blaming in detail. His study might help us get a glimpse into the minds of those in charge of Zimbabwe. Why do they blame everyone else so much? Why do they never take responsibility for the actions?

In a laboratory study, Prof Miller and his co-authors found that participants systematically blame others based on outcomes that they cannot control or anticipate.

This finding left me with questioning whether Mnangagwa and his cronies fully understand the complications their actions bring about. Is the government of Zimbabwe in control of the economic outcomes the country is faced with? Did the actors in government and their allies in the private sector anticipate the economic woes being experienced by the country?

If the answer to all the questions above is “No”, then we might have found a strong relationship between their blaming game and their lack of control and knowledge of the economy. Being an individual trained in statistics and logic, I stayed away from inferring any causality as that would be a deviation from sound reason.

Blaming people based on outcomes that they cannot control may appear to be unjustified, but this behaviour follows a particular dismal logic. This warped thinking is personified by Don Corleone in the movie The Godfather.

The Don said, “I’m a superstitious man, and if some unlucky accident should befall him – if he is to be shot in the head by a police officer, or be found hung dead in a jail cell… or if he should be struck by a bolt of lightning – then I’m going to blame some of the people in this room and then I do not forgive.” For full context, you can watch the excerpt from the movie on:

It is no coincidence that the Don, a mafia boss exhibits the same traits as the Zimbabwean state boss. They are both blamers. They will even blame someone for natural events like lightning. They do not take responsibility for their actions.

Prof Miller and his co-authors argue that unjustified blame is a manifestation of an automatic emotional response that is adaptive more generally. People’s tendency to blame in response to certain events acts like a formal contract with incentives, which, because it is predictable, disciplines the behaviour of others whose choices affect them.

Based on this conclusion by these Australian academics, it is plausible for me to conclude that Mnangagwa’s government uses blame as a tool for:

It is my hope that the Zimbabwean government, regardless of the fact that it is addicted to blaming, will one be constituted of men and women who will take responsibility for their actions.

It is my dream that one day we will have civil servants who are called to put the national interest first before their own personal aggrandisement.

This Mnangagwa government has failed the people at all levels and does not deserve the respect of the citizens. It has done nothing to prove its worth.

It is a strange how Mnangagwa could waste the goodwill that he had when he took office, everyone wanted him to succeed, for the sake of the country, but alas, he rewrote Robert Mugabe’s brutal book of violence, only this time with such ferocity that makes Bob look like child’s play.