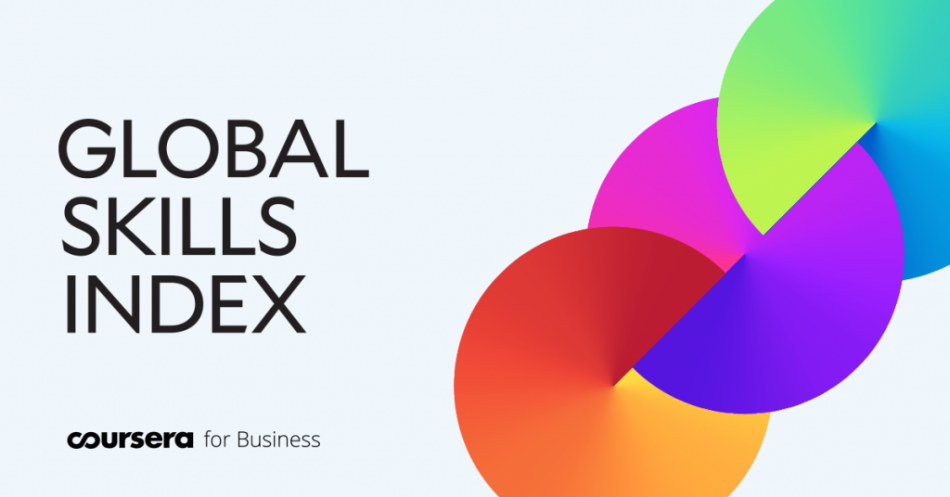 Two-thirds of the world’s population is falling behind in critical skills, including 90% of developing economies. Countries that rank in the lagging or emerging categories (the bottom two quartiles) in at least one domain make up 66% of the world’s population, indicating a critical need to upskill the global workforce. Such a large proportion of ill-prepared workers calls for greater investment in learning to ensure they remain competitive in the new economy.

Many countries with developing economies — and with less to invest in education — see stronger skill deficiencies, with 90% ranking in the lagging or emerging categories. Traditionally these countries prospered by using low-skilled labor to export goods to the developed world. Now, however, technological innovation is opening the door to new growth models, creating more opportunities for these countries to obtain skills of the future.

Even so, there are a handful of developing economies that excel in key areas. Countries such as Belarus, Chile, Colombia, Hungary, and Romania are all above average in individual domains. Other nations looking to develop new sources of growth should look to these success stories for best practices.

Europe is the global skills leader. European countries make up over 80% of the cutting-edge category (top quartile globally) across Business, Technology, and Data Science. Finland, Switzerland, Austria, Sweden, Germany, Belgium, Norway, and the Netherlands are consistently cutting-edge in all the three domains. This advanced skill level is likely a result of Europe’s heavy institutional investment in education via workforce development and public education initiatives. Skill performance within Europe still varies, though. Countries in Eastern Europe with less economic stability don’t perform as well as Western Europe in the three domains; Turkey, Ukraine, and Greece consistently land in the bottom half globally.

Asia Pacific, the Middle East and Africa, and Latin America have high skill inequality. Consistent with the vast economic and cultural diversity that characterizes each region, Asia Pacific, Middle East and Africa, and Latin America have the greatest within-region skill variance. Asia Pacific is at the extremes of the global Business rankings with New Zealand (#6) and Australia (#9) approaching the very top, while Pakistan (#57) and Bangladesh (#59) land at the bottom. In the Middle East and Africa, Israel is a leader in each of the three domains and #1 in Data Science, while Nigeria lags near the bottom of the rankings across domains, and is last in Data Science. In Latin America, Argentina’s #1 ranking in Technology is in stark contrast to Mexico’s (#43) and Colombia’s (#49) lower proficiencies in the field.

The United States must upskill while minding regional differences. Although known as a business leader for innovation, the U.S. hovers around the middle of the global rankings and is not cutting-edge in any of the three domains. While there’s a need for increased training across the U.S., skill levels vary between sub-regions. The West leads in Technology and Data Science, reflecting the concentration of talent in areas like Silicon Valley. The Midwest shines in Business, ranking first or second in every competency except Finance. The South consistently ranks last in each domain and competency, suggesting a need for more robust training programs in the sub-region.

Demand for Technology and Data Science skills is growing, while demand for Business skills is shrinking. Across the board, enrollment numbers highlight fast-growing demand for Technology and Data Science skills from individuals and companies alike. Technology enrollments increased 13% since last year, with the biggest increases in Computer Networking (+56%), Databases (+22%), and Security Engineering (+18%). The growth of mobile and smart devices and the spread of the Internet of Things have made connected devices commonplace, creating vast datasets that need to be stored and secured.

Within Data Science, the largest enrollment growth is in Machine Learning (+14%) and Statistical Programming (+9%). The increasing amount of data being collected across industries has fueled demand for greater personalization in products and services, influencing the popularity of these skills.

Business enrollments, by contrast, have fallen 11%, headlined by a 18% drop in both Communication and Sales. As companies scramble to develop crucial technology and data science skills, they are increasingly forgoing training in foundational business skills. A lack of focus in these areas could hamper future performance even if companies successfully gain the requisite skills in Technology and Data Science.

Technology industry professionals lack sufficient business skills. Technology shows mediocre performance in Business, ranking 5th out of the ten industries in our analysis. In Accounting, Communication, and Marketing specifically, the industry places sixth. Recent growing pains from major tech companies are strong evidence that the industry does not have the business acumen needed to sustain long-term growth. Business skills like Leadership, Management, and Communication will be key.

Manufacturing shows skills resilience in the digital era. Manufacturing is a strong example of an industry that has successfully embraced digital transformation. The industry is #1 in Technology and #1 in Business and has demonstrated a keen ability to tackle change successfully. For years, Manufacturing has been adapting to globalization and automation, incorporating related technologies into production and supply chains.

Finance surprises with below-average skills performance. Despite its pursuit of digital transformation, Finance ranks towards the bottom in Business (#9) and Data Science (#9) and in the middle in Technology (#5). Established firms in the industry face increasing pressure from startups that are leveraging advanced technology like machine learning to build competing products. Those facing competition must upskill in order to harness the value of emerging technologies for their own services.

Although the additional industries featured in the report have unique domain and competency strengths (such as Insurance ranking #2 in Technology and Consulting ranking #2 in Data Science), no industry performance is perfectly advanced across all three domains. Lasting workforce transformation in the new economy will require upskilling to achieve a balance of these critical skills.

For more information about the methodology used for the Global Skills Index, please download the full report below.

Global findings, skills performance: Two-thirds of the world’s population is falling behind in critical skills, including 90% of developing economies. Countries that rank in the lagging or emerging categories (the bottom two quartiles) in at least one domain make up 66% of the world’s population, indicating a critical need to upskill&hellip;
Coursera releases Global Skills Index Report
Coursera releases Global Skills Index Report
TEDSF