Countries should defend themselves against platform-based digital colonialism 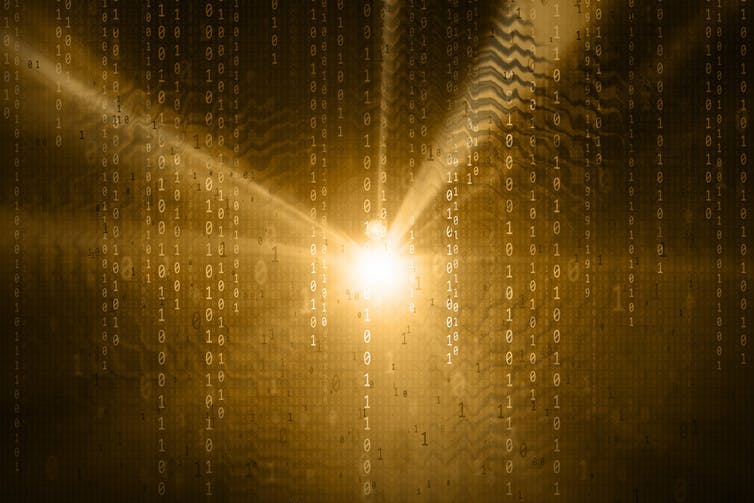 There is a global standoff going on about who stores your data. At the close of June’s G20 summit in Japan, a number of developing countries refused to sign an international declaration on data flows – the so-called Osaka Track. Part of the reason why countries such as India, Indonesia and South Africa boycotted the declaration was because they had no opportunity to put their own interests about data into the document.

With 50 other signatories, the declaration still stands as a statement of future intent to negotiate further, but the boycott represents an ongoing struggle by some countries to assert their claim over the data generated by their own citizens.

Back in the dark ages of 2016, data was touted as the new oil. Although the metaphor was quickly debunked it’s still a helpful way to understand the global digital economy. Now, as international negotiations over data flows intensify, the oil comparison helps explain the economics of what’s called “data localisation” – the bid to keep citizens’ data within their own country.

Just as oil-producing nations pushed for oil refineries to add value to crude oil, so governments today want the world’s Big Tech companies to build data centres on their own soil. The cloud that powers much of the world’s tech industry is grounded in vast data centres located mainly around northern Europe and the US coasts. Yet, at the same time, US Big Tech companies are increasingly turning to markets in the global south for expansion as enormous numbers of young tech savvy populations come online.

Take, for example, the case of Facebook. While India is the country with the biggest amount of Facebook users, when you look at the location of Facebook’s 15 data centres, ten are in North America, four in Europe and one in Asia – in Singapore.

This disconnect between new sources of data and the location of data centres has led to accusations from countries such as India of “data colonisation” and “digital colonialism”.

The economic argument for countries in the global south to host more data centres is that it would boost digital industrialisation by creating competitive advantages for local cloud companies, and develop links to other parts of the local IT sector.

Many countries have flirted with regulations on what sort of data should be stored locally. Some cover only certain sectors such as health data in Australia. Others, such as South Korea, require the consent of the person associated with the data for it to be transmitted overseas. France continues to pursue its own data centre infrastructure, dubbed “le cloud souverain”, despite the closure of some of the businesses initially behind the idea. The most comprehensive laws are in China and Russia, which mandate localisation across multiple sectors for many kinds of personal data.

Countries such as India and Indonesia with their massive and growing online populations arguably have the most to gain economically from such regulations as they currently receive the least data infrastructure investment from the tech giants relative to the number of users.

Supporters of data localisation cite developing countries’ structural dependency on foreign-owned digital infrastructure and an unfair share of the industry’s economic benefits. They dream of using data localisation to force tech companies into becoming permanent entities on home soil to eventually increase the amount of taxes they can impose on them.

Detractors point to the high business costs of local servers, not just for the tech giants, but also for the very digital start ups that governments say they want to encourage. They say localisation regulations interfere with global innovation, are difficult to enforce, and ignore the technical requirements of data centres: proximity to the internet’s “backbone” of fibre optic cables, a stable supply of electricity, and low temperature air or water for cooling the giant servers.

Attempts to measure the economic impact of localisation are extremely partisan. The most cited study from 2014 uses an opaque methodology and was produced by the European Centre for International Political Economy, a free trade think-tank based in Brussels, some of whose funding comes from unknown multinational businesses. Not surprisingly, it finds gross losses for countries considering localisation. Yet, a 2018 study commissioned by Facebook found that its data centre spending in the US had created tens of thousands of jobs, supported renewable energy investments and contributed US$5.8 billion to US GDP in just six years.

Like the equivalent arguments for and against free trade, taking a dogmatic position for or against the issue masks other complexities on the ground. The economic costs and benefits depend on the type of data stored, whether it’s a duplicate or the only copy, the level of government support for wider infrastructure subsidies, to name just a few factors.

India has been the most vocal supporter for localisation, promoting its own regulation as “a template for the developing world”, but it’s in a strong position to do so given the country’s relatively advanced digital industrialisation and technical manpower. Other emerging economies with large online populations, such as Indonesia, have vacillated on their localisation regulations under pressure from the US government which has threatened to pull preferential trade terms for other goods and services if they went ahead with restrictive regulations.

What governments do with the data

While the international economics of personal data may follow some of the same general dynamics as oil production, data is fundamentally different from oil because it does a double duty – providing not just monetary value to businesses, but also surveillance opportunities for governments. Some civil society activists I’ve met as part of my research in India and Indonesia told me they were sceptical of their own governments’ narratives about data colonialism, worrying instead about the increased access to sensitive personal information that localisation gives to governments.

It’s not just large corporations and states that have roles to play in this bid for “data sovereignty”. Tech developers may yet find ways to support the rights of individuals to control their own personal data with platforms such as databox, which gives each of us something akin to our own personal servers. These technologies are still in development, but projects are springing up – mostly around Europe – that not only give people greater control over their personal data, but aim to produce social value rather than profit. Such experiments may yet find a place in the developing world alongside what states and large corporations are doing.