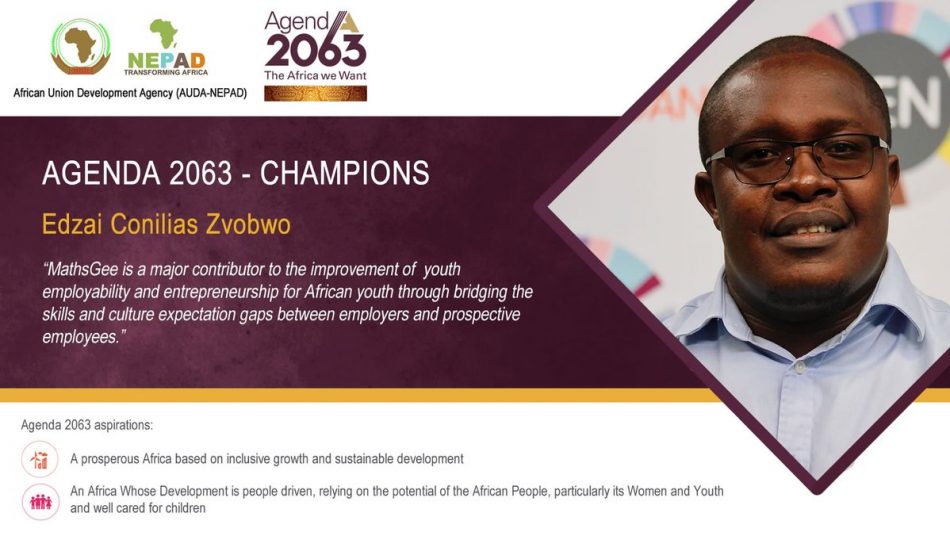 Africa is determined to achieve socio-economic transformation to “the Africa we want”, and to be advanced, developed, empowered, inspired, independent and united by 2063.

These qualities are contained in Agenda 2063 – a continental strategic framework adopted by the African Union (AU) in 2013 to optimize the use of the continent’s resources for the benefit of all Africans.

Agenda 2063, with the subtitle “The Africa We Want”, seeks to accelerate the implementation of past and existing continental initiatives for growth and sustainable development such as the Abuja Treaty and the Programme for Infrastructural Development in Africa (PIDA).

The adoption of Agenda 2063 by African leaders highlights a strong political commitment for the continent to achieve its longstanding goals of “an integrated, prosperous and peaceful Africa, driven by its own citizens and representing a dynamic force in international arena.”

However, do other non-state actors such as the private sector, development partners, media and general citizens have an understanding and appreciation of what Agenda 2063 is, including the results of its interventions?

It is therefore critical for all stakeholders such as the media and development partners to take an active role in supporting the AU Development Agency (AUDA-NEPAD) in communicating Agenda 2063 to a wider audience, as this is the agency that is responsible for implementation.

Effective communication of Agenda 2063 has the capacity to promote smooth implementation since stakeholders will be fully aware of the importance of achieving the desired targets as contained in the strategic framework.

In this regard, the AUDA-NEPAD is implementing a number of initiatives to enable citizens to appreciate and understand the benefits of creating “The Africa We Want”.

The Agenda 2063 Media Network was launched a year ago to effectively communicate this and other continental interventions.

The media should be a key source of information people need to make informed choices and decisions, thus an informed media can discuss and analyse issues of regional integration and share ideas of unity and “The Africa We Want”.

Another initiative to promote Agenda 2063 is the identification of young “champions” who represent the ethos of the “The Africa We Want” in their sphere of work, including sports as well as arts and culture.

The AUDA-NEPAD has also initiated a Youth Short Essay Contest on the “Africa We Want” motto to solicit for views from the youth on how the AU could advance its vison and target.

The inaugural winners of the Youth Short Essay Contest were announced at an Agenda 2063 event held in Johannesburg, South Africa on 9-10 April.

The event was aimed at rallying partners, the media and communication stakeholders to create a shared sense of ownership of Agenda 2063 while increasing the volume and quality of news.

The event sought to strengthen collaboration and networking between African media practitioners, thereby improving their appreciation and understanding of the broad issues and debates relating to Africa’s development at regional and continental levels.

The meeting also introduced stakeholders to the new brand and mandate of the AUDA-NEPAD, as well as its programmatic interventions on the continent that contribute to the Sustainable Development Goals and Agenda 2063.

The seven aspirations are:

-A Prosperous Africa, based on inclusive growth and sustainable development;

-An Integrated Continent, politically united, based on the ideals of Pan Africanism and the vision of Africa’s Renaissance;

-An Africa of Good Governance, democracy, respect for human rights, justice and the rule of law;

-A Peaceful and Secure Africa;

-An Africa with a Strong Cultural Identity, common heritage, values and ethics;

-An Africa where Development is People Driven, unleashing the potential of its women and youth;

-Africa as a Strong, United and Influential global player and partner.

Some key and flagship projects or initiatives under Agenda 2063 include the establishment of an African Continental Free Trade Area (AfCFTA), creation of an African Passport, as well as silencing the Guns.

Africa is on course to operationalize the AfCFTA – the largest trade arrangement that will change the global economic landscape and boost intra-regional trade across the continent.

A total of 52 African countries have signed the agreement to establish the AfCFTA, while 22 have ratified the agreement in their national assemblies. Of these, 19 have already deposited instruments of ratification with the AU Commission.

In this regard, the operationalization of the AfCFTA is expected to be officially launched during the Extra-Ordinary AU summit in Niamey, Niger in July since the requisite 22 AU Member States have now ratified the agreement. sardc.net

For any questions with regards to Agenda 2063 simply ASK and check out other people’s questions as well on https://mathsgee.com/qna/agenda2063-questions